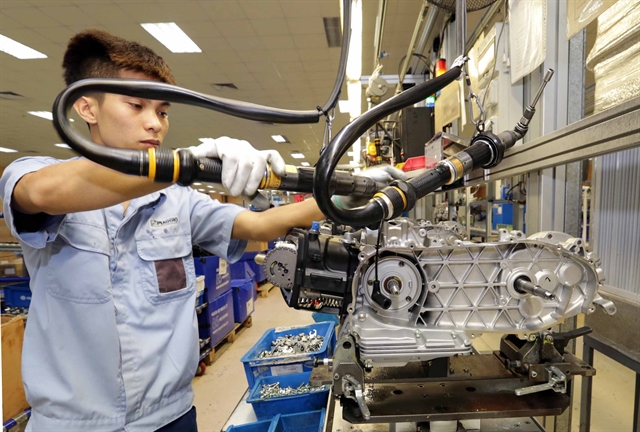 Foreign investors have been encouraged to take advantage of the double benefits Việt Nam is offering through its commitments in the many trade pacts signed with other countries.

According to experts, foreign investors in Việt Nam will enjoy the benefits of both the international market and preferential domestic policies.

The agreements also offer a great opportunity for businesses that are not from the EU or CPTPP’s 10 other member countries. When investing in Việt Nam, they can take advantage of tax incentives Việt Nam has agreed upon with those countries.

Investors originating from the EU or CPTPP would enjoy the full range of incentives, especially in terms of investment conditions, Vice President of the National Economics University Hoàng Văn Cường told vov.vn.

“These investors are on Việt Nam’s priority list as they can help bring advanced technology that will transform domestic enterprises,” Cường added.

According to Lương Văn Khôi, deputy director of the National Centre for Socio-Economic Information and Forecast (NCIF), EVFTA and the investment protection agreement (EVIPA) will open the market at a higher level than the World Trade Organisation (WTO) and EU investors will receive the same treatment as domestic enterprises.

In addition, Việt Nam is committed to protecting the benefits of EU investors with measures such as forbidding the illegal nationalisation of EU investors’ assets.

This agreement also allows foreign contractors to bid for projects that use State capital.

“With such strict regulations, EVIPA will have a positive impact on attracting investment in Việt Nam – not only from the EU but also other countries – to take advantage of tax incentives when exporting to the EU market,” Khôi said.

Việt Nam is a large market with more than 96 million people. The CPTPP is the third largest free trade area in the world by GDP after the North American Free Trade Agreement and the European Single Market.

Strict rules of origin in the two agreements would encourage increased investment in Việt Nam to take advantage of the country’s access to the EU and CPTPP’s member markets, Dũng said.

According to Nguyễn Đình Cung, director of the Central Institute for Economic Management, EVFTA will help Việt Nam improve the quality of foreign investment, attracting more capital in a number of industries in which the EU is strong such as processing and manufacturing, hi-tech applications, clean energy and financial services.

Production value chains are changing and this is an opportunity to reduce reliance on Asian investors and increase investment from the EU. However, to attract high quality investment from this region, Việt Nam needs to make swift progress in reforming administrative procedures.

According to the Ministry of Planning and Investment, EU investors have 2,244 projects in Việt Nam with total registered capital of US$24.67 billion. — VNS